Welcome to my website for Shiatsu treatments in Leipzig. Here you can find information about Shiatsu and my services and book appointments directly online.

From October on, I will give sessions in Zen Lab on Wednesdays and Thursdays afternoon.

I’m looking forward to helping you. Take care of yourself, stay healthy.

Who can receive a Shiatsu?
Shiatsu is suitable for people of all ages. The recipient lies on a traditional Japanese mattress, the futon, while the practitioner applies gentle pressure to the body. As the practitioner adapts to the physical conditions of the receiver, it is also possible to receive Shiatsu sitting on the floor or on a chair.

With what does Shiatsu help?
Shiatsu tries to strengthen your inner balance. It can help with many ailments such as back pain, headaches, muscle tension, digestive problems, menstrual pain, sleep disorders, etc. It also helps to relieve stress and helps you find new energy and strength. Shiatsu can also support you in difficult life situations, for example to find clarity, increase your motivation or simply to let go of things. Shiatsu is a holistic healing method and cares for body, mind and soul.

How does the treatment proceed?
At the beginning we have a short conversation in which you tell me your issues or your concerns. The treatment on the futon then begins with the traditional touch diagnosis on the belly or sometimes on the back. Then follows the whole-body treatment, during which you let go bit by bit and relax. After the treatment you will be given a short time alone to feel how your body start to react. We end the treatment with a short exchange and recommandations if necessary.

What clothes do I wear?
Please wear loose, comfortable clothing and warm socks.

Where does the treatment take place?
I give the treatments in a Dojo for meditation: Zen Lab, Bussestraße 4, Leipzig

Are home visits possible?
Yes. I am also mobile. On site I need a free area of at least 2.50m by 2.00m. In addition, please have a large towel or a sheet and a blanket ready.

How long does a treatment take?
A treatment lasts about 60 minutes, including pre and post-talk and the short rest. Plan for about 60-75 minutes in total.

Actually, what is Shiatsu and where does it come from?
Click here and I will tell you more.

Shiatsu is a form of manual therapy originating from in Japan. Shiatsu was developed there in the early 20th century, although its roots are over 2000 years old. In addition to its origins in traditional Far Eastern medicine, the technique also incorporates knowledge of Western physiology and anatomy. 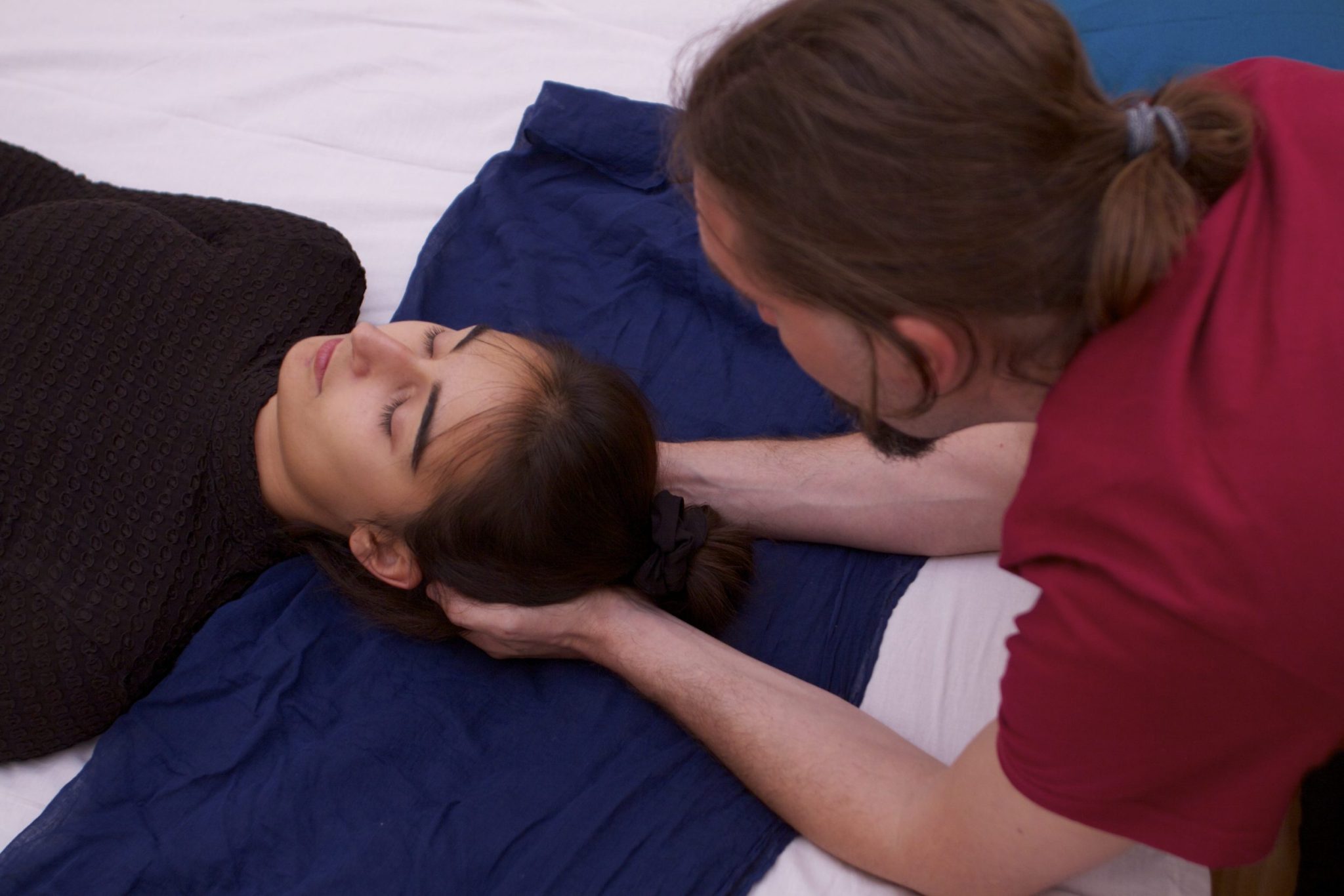 Shiatsu is sometimes described as acupuncture with the hands – but it is much more than that. Through touch and gentle pressure, the practitioner aims to balance the body and harmonize the energy of the person being treated and allow them to relax. By rotating the joints and stretching the limbs, the physical condition and body awareness can improve. The practitioner tries to release energy blockages and get it to flow again. In this way Shiatsu works on the physical, mental but also on the emotional level. 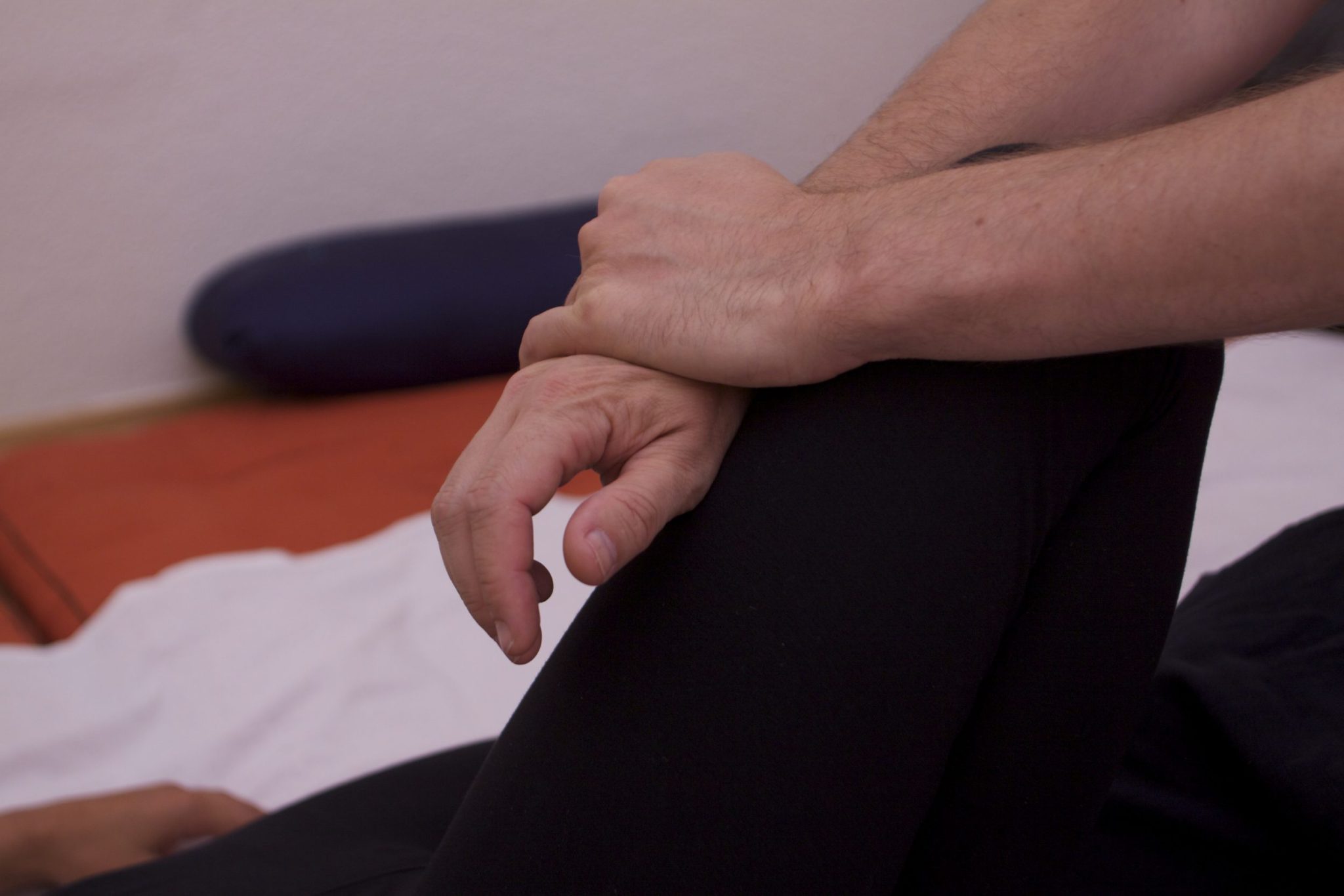 Shiatsu can support you and your health. In case of exhaustion, lack of energy, stress, headaches, muscle tension, back pain, digestive problems, menstrual pain, etc., Shiatsu can improve your general well-being in the long term. Shiatsu can also help you find clarity in difficult life situations, increase your motivation or simply help you to let go.

Each treatment is unique and adapted to your individual needs. Make an appointment now with our online reservation! 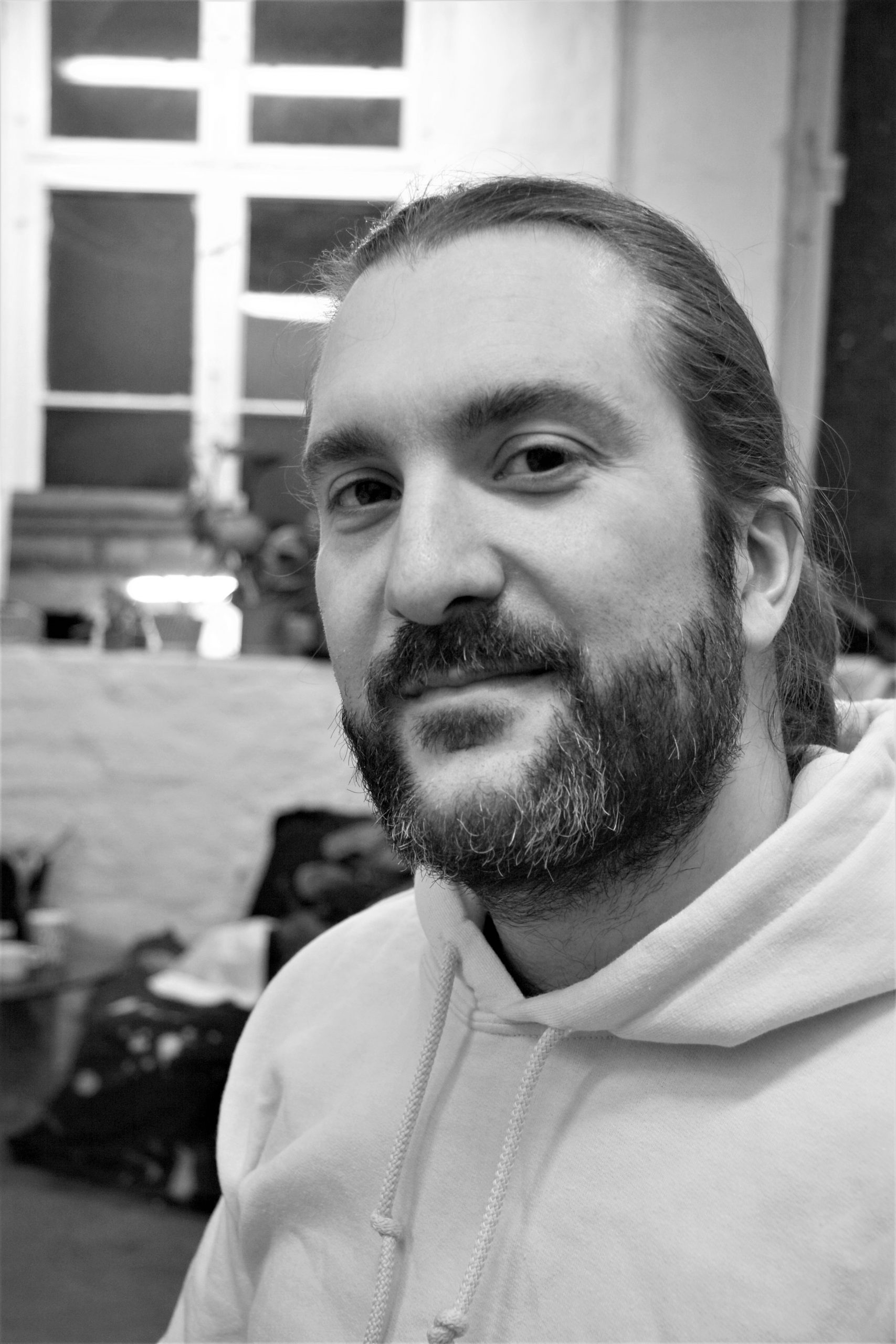 I come originally from Paris, where I taught mathematics at a high school for 10 years. At the same time, I was active as a musician and played concerts all over Europe.

In 2011, I performed in Leipzig for the first time, and in the following years I came back several times. During this time, I got to know it better and better and discovered a very dynamic and creative city. In 2015, I moved from Paris to Leipzig and dedicated myself primarily to music.

For a long time, I have also been interested in the traditions of Far Eastern energy and bodywork – especially Tai Chi, Qi Gong and acupuncture. As my hands have always been very warm, it has been suggested to me several times that I take up manual therapy.

After receiving a treatment, which was a very intense and profound experience for me, I decided to learn Shiatsu. I continued my training, which I started in Paris in 2013, at the European Shiatsu Institute (ESI) in Berlin after my move. In 2019, I set up my practice in East Leipzig.

I chose Shiatsu because I feel it suits me, appeals and challenges me equally on an intellectual, intuitive and a physical level.

As a practitioner it is important to me to build a trusting and energetic connection with you, a connection that offers support and understanding and works on a physical, mental and spiritual level.

I look forward to meeting you and showing you what Shiatsu can do for you.

We can speak French, German or English together.